Evidence appears to be mounting that Elon Musk may attempt to get the National Highway Traffic Administration (NHTSA) off his back by upgrading Tesla’s driver monitoring systems (DMS) with Seeing Machines state-of-the-art, camera based driver/occupant monitoring.

At its Investor Day earlier this week, Qualcomm CEO Christiano Amon made repeated references to its progress in selling a system rather than individual components to auto OEMs, in the form of its ‘Snapdragon digital chassis’. This includes its telematics, digital cockpit, Car-to-Cloud services, ADAS and autonomy solutions. 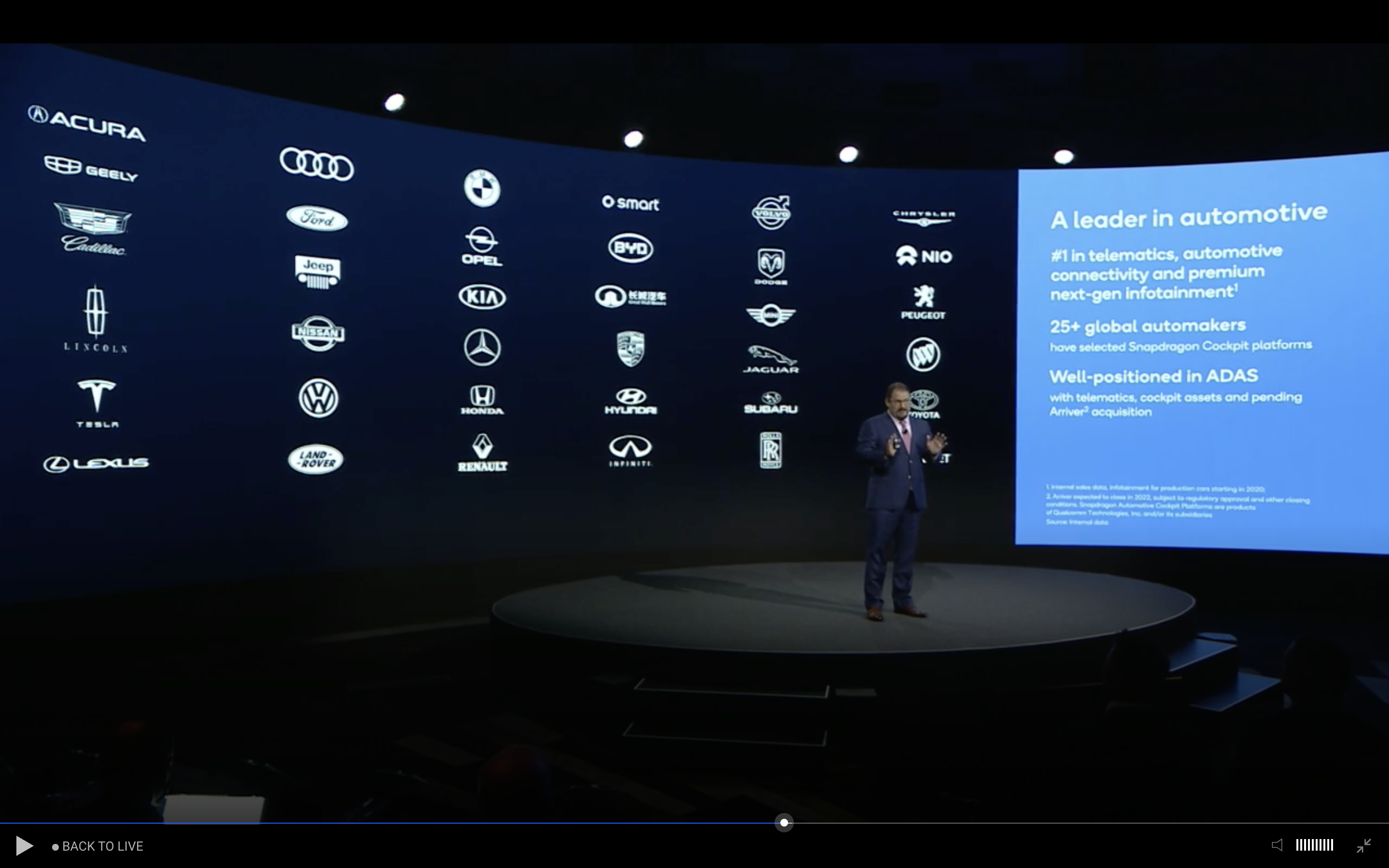 Details were sketchy but Seeing Machines is partnered with Qualcomm and supplies its driver monitoring system as part of the overall system.

There is no certainty that Tesla will incorporate the entire Qualcomm system but it would make sense for it to, at the very least, include the driver monitoring aspect featuring Seeing Machines technology.

Certainly, Qualcomm’s strategy of diversifying into automotive is gathering pace and it now has an order book of US$13bn in automotive.

Qualcomm’s annual automotive revenue rose by half to nearly US$1 billion in the fiscal 2021 year that ended on 26 September. Qualcomm CFO Akash Palkhiwala, forecast last Tuesday that this would grow to approximately $3.5 billion by fiscal 2026, thanks to numerous deals already signed. In 10 years time, Qualcomm expects that number to grow to $8 billion.

The National Highway Traffic Safety Administration is an agency of the U.S. federal government, part of the Department of Transportation. It describes its mission as “Save lives, prevent injuries, reduce vehicle-related crashes” related to transportation safety in the United States

With the NHTSA investigating accidents involving Telsa vehicles, alongside increasing concerns that Tesla’s marketing its semi-autonomous autos as being capable of ‘Full Self Driving’ technology is misleading consumers, Tesla does need a fix. Incorporating Seeing Machines DMS would help prevent accidents due to driver fatigue or distraction and possibly prevent intervention by US regulators that could damage Tesla’s share price.

Elon Musk is a complex character with faults and foibles like most humans. He is also a visionary, arguably more significant than even Nikolas Tesla. Just listen to Musk opining on the importance of interplanetary travel for the survival of the human species (back in 2016) if you doubt that. I’m sure Musk can see the sense in using Seeing Machines DMS technology.

However, I may be wrong – or a little ahead of my time – and you should always do your own research. When it comes to investing, being too early is often the same as being wrong. Until you are proven right.

This site uses Akismet to reduce spam. Learn how your comment data is processed.