I spoke with 2 fund managers last week about Seeing Machines. I won’t reveal their names here but what they said reinforced my opinion that the revelation that fleet is well and truly fixed, coupled with proof that breakeven is imminent (when the Aviation licensing deal is signed), will really move the share price in the very near future.

The first fund manager knew and liked Seeing Machines but, because he runs a large fund, can’t invest in companies below a £200m market cap.

The second fund manager used to hold Seeing Machines but sold because it appeared to have too many issues and there was no sign of breakeven.

Their views are probably replicated ten times over with other fund managers, which means that there is a large weight of money ready and willing to come into SEE once it effectively communicates the fact that fleet is fixed and breakeven is coming very soon.

Admittedly, there must also be holders who have lost patience, particularly as the company appears to be in no rush to provide detailed updates on the progress on Fleet. I’m personally tired of hearing the figure of 16,000 fleet installations given out for months on end.

My own view, as revealed at the CMD, is that Fleet installations must be at least 20,000 right now. It’s therefore great to discover that this figure appears to be correct, since it has been published on the website of Seeing Machines’ Latin American distributor in Chile. It has on its homepage the words: “Guardian salva vidas en mas de 30 paises del mundo monitoreando mas de 20.000 vehiculos en tiempo real.” Translated into english it means: “Guardian saves lives in more than 30 countries in the world by monitoring more than 20,000 vehicles in real time.” 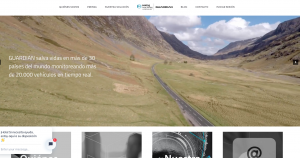 Given this is the case, why isn’t Seeing Machines communicating this to investors and the wider market? Moreover, why isn’t Cenkos upgrading its projections?

Instead, the market is still being provided with the laughable estimate from Cenkos that fleet will only deliver revenue of A$20.9m for the full year 2020, based on uber conservative numbers that are even below Seeing Machines unrealistically low estimate of 27k-30k installations.

This is what Cenkos wrote in its note of 23 September, 2019 “….our Fleet connection forecasts are based on connections below the guidance of 27k-30k”.

One might reasonably ask for these projections to be updated. Still the questions remains, why haven’t they been updated? Okay, Cenkos is the house broker and is pretty dependent on Seeing Machines for a steer, so why haven’t they had it?

Reading an old blog post on Safestocks, I was reminded how management priorities differ from those of private investors.

There is an additional reason, I believe. Naturally, a prudent new CEO wants to have something up their sleeve to impress the market. Let’s not forget that Seeing Machines has disappointed investors many times over the past 5 years. The onus really is on him to deliver and keep on delivering.

The good news is that I think that is what is in store for investors in Seeing Machines. In short I expect fleet upgrades by the interims (at the latest) and then again for the finals.  Forget estimates of 27k-30k fleet units for this financial year, backed by uber conservative figures from Cenkos. The actual figures for installations should be nearer the 35k mark, which will blow away the existing estimates.

In addition, I expect such upgrades to be preceded by an RNS announcing an aviation licensing deal with with L3 Harris and/or CAE, that provides an upfront payment and ongoing royalties. If it lives up to the billing from Paul McGlone in a recent interview I expect it to bring forward breakeven from the end of calendar year 2021 to June 2020 this financial year.

That news, when eventually delivered, will cause a huge re-rating as IIs, who’ve lost interest or sat on the sidelines, jump into this stock.

For long suffering investors in Seeing Machines vindication is close at hand.

4 thoughts on “Seeing Machines to surprise on upside”

This site uses Akismet to reduce spam. Learn how your comment data is processed.